Written and Interviewed by: Madeleine Byrne

HHF: Let’s talk about your company, you’re the CEO of First Family productions, talk to me about what you’re trying to achieve.

TJ: The logic of the game is to turn artists into businesses. We do the things record companies don’t do any more – we teach stage presence and how to do interviews and how to perform. A lot of artists think that each time you record a song, it’s a hit, so we’re trying to teach artists different things to identify in music; we try to keep them relevant by making music about relevant situations that are going on in the world. We take the time to develop our artists; photo-shoots and brand management … We treat our artists like a product, you’ve got to maintain that product and when you hit that level it’s about distribution of that product to the world.

HHF: Just tell me about why you decided to set up the company, I mean why did you feel there was a need for it?

TJ: Well, I had the group AMN and we were travelling a lot, doing a lot of performances, we were meeting a lot of record labels. We’d meet with a label and they’d be like, yeah, we like the songs; we like the performances, you’re talented, but we don’t know what to do with you all. We’re not really sure how to market you guys – and this happened so many times. And I was thinking to myself, I don’t even know the name of the person I’m talking to, who are you? Who are you to tell me that you don’t know how to take my music to the next level? I don’t need you. So I figured, man, I could do this myself. I then decided to take my career into my own hands at that point.

HHF: This is one of the really interesting things in hip-hop at the moment, there’s a real movement towards artists representing themselves, setting up a collective ethos. Do you think this is something that’s happening more broadly across hip-hop now?

TJ: Yes, but I have way, way bigger goals for the company. Right now I just figure if I take the time to do the little things myself. I’ll be responsible for my career to the point where I’ll find guys to do something I can’t do. I’m not going to get someone to do something I can do myself. That doesn’t make any sense. The object of the game is that my kids’ kids’ kids’ kids’ have money so I have to cut out a lot of middlemen.

HHF: So you’ve got the guys associated with AMN with First Family, have you got any artists who are up and coming?

TJ: I’ve got a singer, a female singer called Mars – she’s very talented, she’s a great writer; we got her in the studio working. We’ve got other artists that we’re working with, who we haven’t officially added to the company. At this point I’ve got four, and I don’t see the need to add 50,000 artists; the whole point of the game is to take the time to develop. And working with four different personalities (laughs) is very time-consuming. 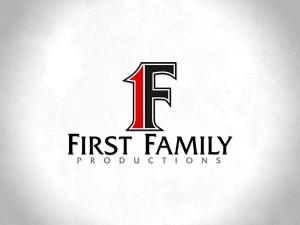 HHF: Are they all in Philadelphia, or where are they based?

TJ: Yes, everybody’s from Philadelphia. That was intentional, I intentionally work with people from my area.

HHF: Let’s talk about Philadelphia now, how would you describe the city in terms of its hip-hop scene?

TJ: We have a very strong underground scene in Philadelphia. Obviously we have a lot of great, great artists coming out of the city. We have strong musical roots in Philadelphia – anyone who knows anything about music knows this. Our underground scene is very active now, but it’s not the place you’d come to if you are looking for a record deal. If you’re looking for anything big, well we don’t have that kind of energy here.

I love this city for what it is, but (pauses)…

HHF: So you’re saying that if an artist in Philadelphia wants to move to the next level, get a record deal perhaps with a major, you have to leave the city, is that right?

HHF: How does it compare with another city, say for example Atlanta, in terms of the hip-hop scene?

HHF: Maybe we should say something positive about Philadelphia, though, because this is going to get published …

TJ: I love my city. I feel like my city is the best city in the world. I wouldn’t trade from being from nowhere else. I love it here. Its home to me. I love everything about it, it’s just that I understand that to do better, I have to move on. I love it here though; I love the way we dress, the love the way we talk … I love my city. I don’t think there is no city better in the world than mine. Thank you for what she’s given me so far, but it’s time to leave.

HHF: So you’re from Philadelphia, originally right? Tell me about the kinds of music you were listening to in terms of hip-hop when you were growing up?

TJ: My older brother is in his mid-30s, so growing up he played music like Method Man, Wu-Tang and music of that nature. My music though is 90s R&B, this is the music I play when I drive, when I’m at home, because it relaxes me. I’m not too big on listening to other hip-hop artists, honestly I might catch singles that come through the radio. But I always like to have my own thoughts, my own opinions and my own ways.

HHF: So what you listen to now and when you were younger is R&B, right?

HHF: How do you think R&B has influenced your music; what’s the connection there?

TJ: It’s definitely influenced my music, but more than that it resources me; I use it to get away from my everyday life. I use it to get away from what’s going on in the streets. So when I get a chance to be alone; I listen to R*B music but it relaxes my soul. It keeps me in a better mind state. It helps me to be calm, when I’m with my son and when I’m with my girlfriend. It just calms me down as a person.

HHF: Let’s now think about AMN – Any Means Necessary – you’ve taken a name that seems to refer to one of the most famous maxims from Black American history, why did you choose that name?

TJ: Well, I was sitting around when I was younger and my friends were sitting around thinking of a name for the group. We were thinking, thinking and thinking; just talking. I just responded to something one of my friends said with, we’re going to succeed by any means necessary.

HHF: It’s a great name. Talk to me about your career with AMN.

TJ: We started the early 2000s, about ten years ago and it got to the point we had like 15 people in the group: we had singers, dancers, rappers … It was like a lifestyle, we made a thing out of it. Over the years, things changed – we lost members, left and right; the AMN now, well it’s my third time building the group.

HHF: Let’s talk about the AMN track ‘Famous’ when was it released?

HHF: You’ve said it was the story of everybody; can you talk more about that? What do you mean by that?

TJ: In the video, you can see Vino came home from the military and he had to go back to regular life, but it was hard for him. It was hard for him to find a job; he’s married with a kid, it was hard to find a job so he struggled financially for a while. Chris was in high school, I think he dropped out, you know he went from check to check, job to job thing, being homeless and having nowhere to stay, trying to get back and trying to figure out ways to survive. And me, well I was on the streets before I tried to do music so I ended up being in prison for a while. So coming home, we all decided – you know what, you’ve been through what you’ve been through, I’ve been what I’ve been through; how about we just take this and turn it into something positive. So the object of the video is that no matter what you go through, don’t forget there is always something to look forward. You do have direction.